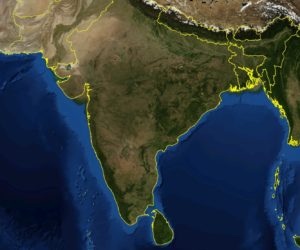 South Asia covers about 5.1 million square kilometres and today has a population approaching two billion people. More than that, it has a documented cultural history of four millennia and it is one of the two or three locations in the world that developed powerful traditions of rational enquiry, formal debate and analytical philosophy in the millennium before the common era.  In the ancient and medieval periods, most of this great geographical area was often known simply as “India,” and was connected by ties of language, culture, art and trade.  South Asia presents a vibrant and attractive prospect for study, and an almost endless field for advanced research and discovery.

At the University of Alberta we have world-class scholars who teach a wide range of undergraduate courses (see the “Courses” section), as well as offering graduate and doctoral supervision in many areas of the Indic Humanities, including especially,

In addition to these courses focussed on the systems of knowledge developed in India and South Asia, the University also offers many academic pathways for studying the application of modern global forms of knowledge – such as politics, economics, post-colonial literature, anthropology, film studies and development studies –  in the specifically South Asian geographical area.