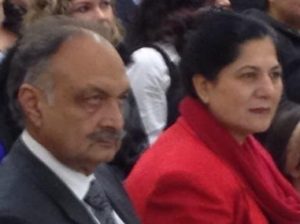 The Saroj and Prem Singhmar Chair in Classical Indian Society and Polity, 500 BCE – 500 CE was created in 2006 through a generous endowment from the Singhmar family of Edmonton.  The purpose of the endowment is to promote the study of ancient Indian history and culture at the University of Alberta.

Professor Wujastyk, current holder of the Singhmar Chair, teaches and writes on Sanskrit language and literature, classical Indian studies, and the history of science and medicine in pre-modern India. 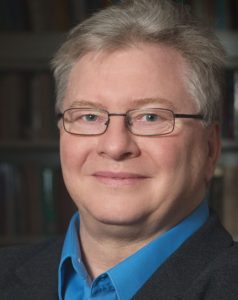 He has active research interests in the social and intellectual history of precolonial India, the early history of yoga philosophy and practice, early science and medicine, and traditions of debate in India.

His single-author books include A Handlist of the Sanskrit and Prakrit Manuscripts in the Wellcome Library (2 vols, 1985, 1998), Metarules of Pāṇinian Grammar (2 vols., 1993), and The Roots of Ayurveda (Penguin, 1998, repr. 2001, 2003).  His (co-)edited volumes include Studies on Indian Medical History (1987, repr. 2001), Contagion (2000), and Mathematics and Medicine in Sanskrit (2009).  Wujastyk is the founding editor of the journal History of Science in South Asia, which is hosted online at the University of Alberta.  He has served on the editorial boards of the journals Indian Journal of History of Science, Asian Medicine: Tradition and Modernity, Krishti, The International Journal of Hindu Studies, and eJIM, the eJournal of Indian Medicine. He is a founder and co-editor of the book series The Sir Henry Wellcome Asian Series (Brill, Leiden) and Indian Medical Tradition (MLBD, Delhi).

Dominik Wujastyk is a past recipient of the Boden Prize in Sanskrit (Oxford University) and the Arthur L. Basham Medal (IASTAM).